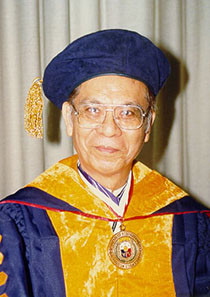 Dr. Mijares conducted studies concerning multi-variety theory and analysis which were published in the annals of mathematical Statistics an international journal. As Deputy Director-General of the National Economic Development Authority (NEDA) and executive Director of the National Census and Statistics Office (NCSO) for a numbers of years Dr. Mijares had the responsibility of overseeing the overall development and direction of the statistical system in the country.