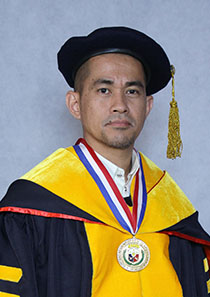 Tan, Raymond Girard R.
Ph.D. Mechanical Engineering
Engineering Sciences and Technology
Academician
Dr. Ramond Girard M. Tan is recognized for his significant research contributions in Process Systems Engineering and Process Integration, particularly the development of novel methodologies for computer-aided planning of sustainable industrial systems, as well as the application of these tools to contemporary national, regional and global sustainability issues, ranging from the planning of carbon management networks, to the management of disaster impacts in input-output systems. His work has influenced energy and environmental policy in the country and have provided scientific support to the Philippine Biofuel Act. Dr. Tan has been instrumental in the growth of the De La Salle University as a highly competitive research university in the country, contributed to various efforts to promote S&T in the country through mentoring of new generation of researchers, and has demonstrated leadership in managing international journals.
Birthdate: 17 July 1973